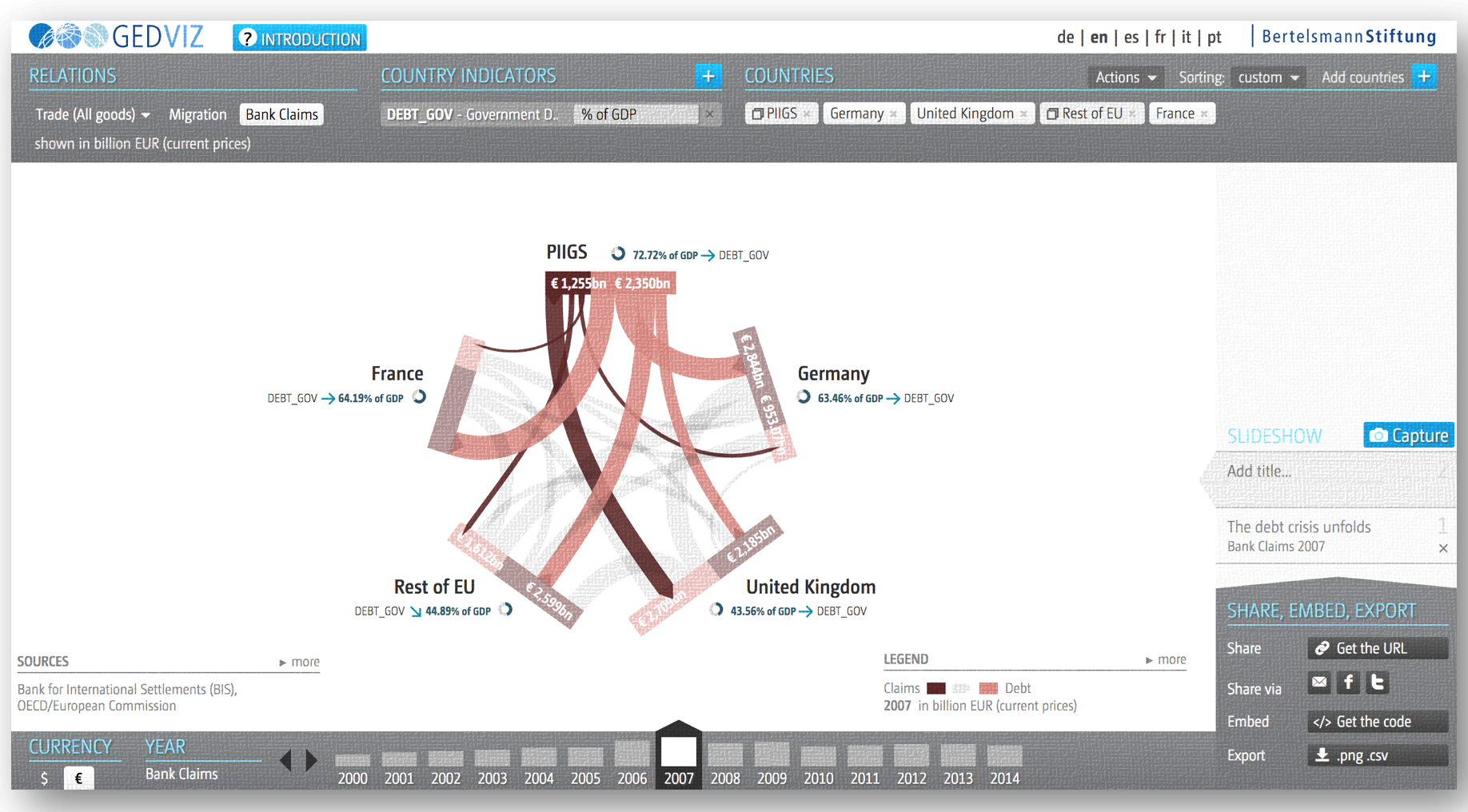 GED VIZ – launched in July 2013 – was developed as part of the Global Economic Dynamics (GED) project at the Bertelsmann Stiftung. It is a free web-tool that lets you explore global economic flows of trade, migration and debt between countries in the 21st century.

The underlying motivation is to shift the way we look at globalization: from a competitive view of countries as independent entities to unveiling what globalization really is about: mutual relations, dependencies and exchange. The tool supports online storytelling by letting users create, share and embed interactive slideshows.

GED VIZ was awarded a Kantar Information is Beautiful Silver Award in 2013 and a German Infographics Prize (Deutscher Infografik Preis) in 2014.

The GED VIZ engine has recently been reused by the European Central Bank (ECB) showing financing and investment dynamics in the eurozone. In general, the code has been made publicly available under an MIT license at GitHub.

GED VIZ was created in collaboration with Prof. Boris Müller (FH Potsdam), Timm Kekeritz (working for Raureif at that time) and a team of software developers at 9elements, headed by ingenious Mathias Schäfer. Data was gathered from publicly accessible sources by Prognos AG.

I have always enjoyed presenting GED VIZ to various audiences, be it more informally to working groups such as at the World Bank, the IMF, UN Comtrade, MIT Media Lab, the BBC or the Economist, or more officially to groups of journalists, data scientists, researchers or students.

Watch my presentation on the occasion of the tool’s public launch (in German).

Read an introductory paper that includes a description of the tool’s core features, its benefits for data-driven journalism, lessons learned from the development process and ideas for future development.